If the subnet grew bigger, a larger block of addresses would have to be allocated.

The Router gets its IP addresses from the ISP's DHCP Server

NAT has been controversial: 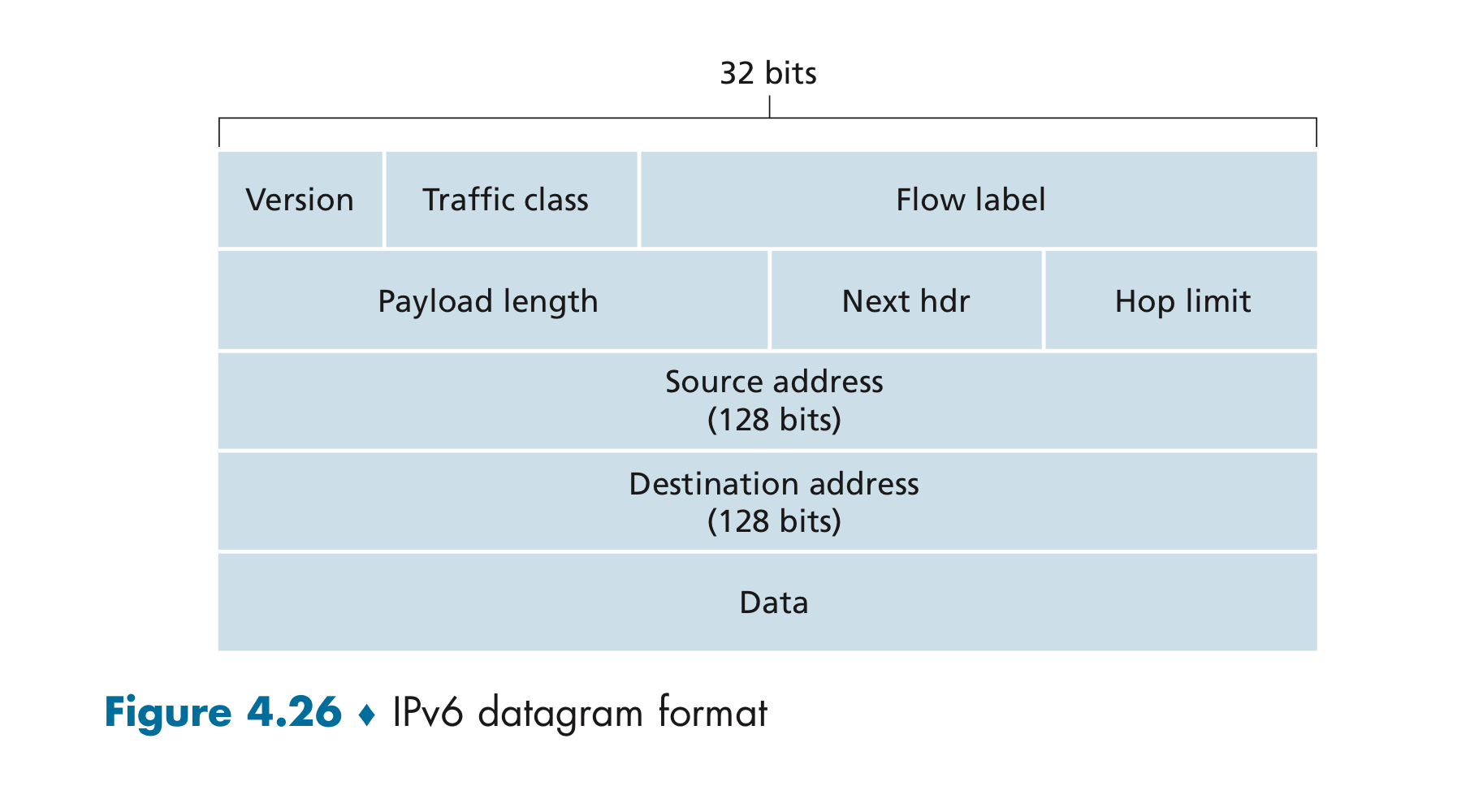 「Traffic class」:
Like Type of Service in IPv4, can be used to give priority to certain datagrams within a flow

「Flow label」:
IPv6 has an elusive definition of a flow, allows

「Payload length」:
16-bit is an unsigned integer giving the number of bytes in the IPv6 datagram

「Next header」:
This field identifies the protocol to which the contents (data field) of this datagram will be delivered

「Hop limit」:
The contents of this field are decremented by ONE

「Source and Destination Addresses」:
IPv6 increases the size of the IP address from 32 to 128 bits.

「Data」:
The payload portion of the IPv6 Datagram

「Fragmentation / Reassembly」:
Both operations can be allowed at Intermediate Routers, but can be performed ONLY by the source and destination

「Header checksum」:
Because the transport & link-layer protocols perform checksumming, it is redundant in the network-layer

「Options」:
The Options field is no longer a part of the standard IP header

Transition From IPv4 to IPv6

With 「Tunneling」, the IPv6 node on the sending side of the tunnel (i.e. B) takes the entire IPv6 datagram

The IPv6 node on the receiving side of the tunnel (i.e.E) receives the IPv4 datagram,

NIST(National Institute of Standards and Technology): More than 1/3 of US government domains are IPv6-enabled

On the client side, Google reports that about 35% of the clients accessing Google services do so via IPv6

It is difficult to change network-layer protocols